As an artist finding your artistic voice is a journey that can take a while. Often you will try many different genres, mimic masters, run off on tangents all while you are trying to find yourself and what makes you unique. Personally, I have attempted to do more things than I can number, and eventually, it exhausts you. Your voice as an artist is more than settling on a style; it is giving your soul permission to work within its passion. I guess you could label it as finding your “calling.” I have been running from mine for years, but I have finally decided to surrender to it. What does my soul utter to me in silence? It has been begging me to speak from my unique Appalachian voice.

The Responsibility of an Artist

Everyone I interact with has always told me that I am creative, and I have accepted that part of myself. However, what I have struggled with for as long as I can recall is finding that niche where I can use my creativity.

There is nothing worse than knowing you have gifts, talents, and skills and feeling lost at the same time on what to with them. It can be maddening!

“But Sabrina, you create beautiful images for families, weddings, events, businesses, etc. as a photographer, isn’t that your voice?”

I love to help others document their stories and will likely never stop doing that because it brings me joy and income, but my soul is still crying out for more.

I believe that artists have a high responsibility in society for many reasons, of which I will detail in a later post, but mainly because what we create can transcend language and critique culture.

Having knowledge of the power of art and how it can affect the world around you is intimidating at times. If you need an example of how influential art can be, just spend five minutes watching the news in the evening and tell me how you feel afterward.

Why have I been running from my artistic voice?

I have been running from what my heart has been longing to speak for over a decade, but why run? The simple answer to that question is FEAR and SHAME.

Fear and shame will cripple anyone without prejudice and smother your authentic self.

What have I been afraid of?

Explaining everything I have been afraid of would probably take a book to explore in depth fully.

Yet, if I had to distill all my fears into one thing, I would say that I have been more afraid of being judged than anything else.

I have been afraid to be judged by others because:

Being a first-generation college graduate from a liberal arts school coupled with living in a community of highly conservative people has been hard. Let me give you a couple of examples to explain why I have been at war with myself, trying to find my voice.

When I decided on attending Mars Hill College, now known as Mars Hill University (MHU), I will never forget the phone call my Dad received one night. A second or third cousin of mine that was also a minister phoned to warn my father that he should, “Look after me because they were a very progressive school and focused on liberal arts heavily.” Thankfully my Dad said he had faith in me and dismissed the call, but hearing the conversation scared me and made me feel ashamed in my school of choice.

The summer between my junior and senior years at MHU I married my high-school sweetheart, we are now divorced, but a well-meaning member of my church asked me in private if I was going to continue school. I was shocked she would ask that, but she wanted to know how I was going to be home in time in the evenings to have a meal prepared for my husband. Instead of blowing up, I took a deep breath and took into consideration her age and upbringing and shrugged it off. It still left me reeling, though.

Right before I graduated, there were a couple of people at MHU who told me that to be successful, I would need to loose my Appalachian accent and hide it. If I didn’t, I would not be taken seriously, and I would be prematurely judged by society at large.

When my ex-husband and I were having a difficult time in our marriage about a year before we split, one of his family members implied the reason he was “seeking comfort in others” was because my home was not clean enough for him and he was raised better. I was so hurt I couldn’t speak, although now I would still like to blow up over that incident today.

These are just a few examples of events that have impacted me, but in the end, these and other things gave me a reason to silence myself.

Living in silence, even though my creative soul has been pleading for release, has been miserable.

It has also led me to explore other “boxes” to force myself into even though I knew I would never fit in them.

However, I refuse to be silent anymore.

So, what do I have to say as an artist and native of Southern Appalachia? A LOT, and I refuse to be afraid, moving forward.

My degree in English was centered around the theory of Ecocriticism, and I believe that it can be applied to studying all forms of art, not just literature. In layman’s terms, “Ecocriticism is the study of the relationship between literature and the physical environment.” (Fromm and Glotfelty xviii)

I believe that the Appalachian region as a whole has been taken advantage of. For example, the government and outside world at large has taken advantage of our natural resources such as coal in the Northern region and timber in the Southern part.

Those who have lived here all of their lives have been judged to be closeminded, ignorant, impoverished, and labeled as dumb hillbillies. When in actuality, that is not true, and we have a right to speak up for ourselves and be heard.

Even in 2020, there are still articles all over the internet from media sources such as ABC News that discuss how we “struggle to survive.” That article may have been written in 2009, but it clearly indicates how the mainstream media view us.

It angers me to a boiling point! We are not what we have been stereotyped as!

Yet, due to the rise of social media over the years, I also fear that the culture that makes the Appalachians unique is fading.

I am also concerned with the rise of the opioid epidemic and the fact that New York City is busing its homeless population to North Carolina.

These are real issues, and someone needs to draw attention to them.

What does all of this mean for me as an artist?

I am tired of fighting my calling to be an AUTHENTIC voice for my culture and people. I am scratching the surface at the moment and planning how to use my art forms such as photography and writing to speak up, but I am.

I am not afraid anymore and refuse to allow fear of judgment to keep me silent.

I am Sabrina Louise Greene-Rusk, and I am 33 years old. It took me a bit longer than others to find my voice as an artist, but I have one.

I am a native Southern Appalachian woman from Waynesville, NC. Yes, I am a mother, yes I have beliefs, but I do not judge others so I ask you not to judge me.

I am the daughter of a pastor, but that is not my identity. I have my own. I love my family fiercely and will do all I can to protect and support them. My parents raised me to live authentically, and its high time I do.

Am I an environmentalist? No, I consider myself an Ecocritic who loves to study how the land, culture, and art all interact and how it can be used to change the world. We are losing our connection to our environment and culture while others are taking advantage of it.

Overall, my voice is unique and I consider myself to be a bridge between both worlds due to my education and where I grew up. As I move forward with my art, I intend to use it for a higher calling. I am excited, and I cannot wait to show you what I am planning. My soul is finally at peace, and it is sighing because I am listening to it.

Soon you will see how I am going to approach a study from history to modern times through people, native plants, and culture. I am literally vibrating with the images flashing in my mind, but they will take time to develop. I will keep you posted, though, as I process what I have learned and what I am researching and creating here.

My artistic voice is Southern Appalachian, and I am proud of it but with it comes the responsibility to use it!

Just for clarification, I am not quitting my other work as a portrait or wedding photographer. Those services are still available I am just expanding and using the power of my art. 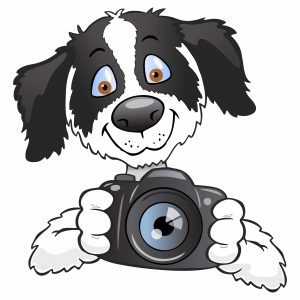 How does photography affect our lives? 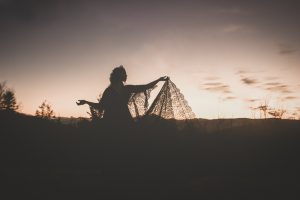