I know I shared a secret with you recently in one of my blog posts, but I want to tell you about another. It’s ok if you laugh, but I used to be addicted to America’s Next Top Model (ANTM), and it had nothing to do with the drama that they loved to build upon in the show. I fell in love with the creativity behind the photoshoots, outfits, and how the photographers worked. Fashion photography became an inspiration to me.

I became hooked on this show when I was an undergrad and discovered the long reruns they would show on weekends. My ex-husband thought I was crazy, but I adored watching them! You see, just three years before, I had started taking photography classes at Mars Hill. Because I had a bit of knowledge of how a camera worked, I became glued to watching the show’s producers’ innovative ideas and how they nailed the shots. My favorite part of the show was the “reveal” of the images and how they critiqued the models on posing.

Even when I am working with my clients out in the field, I will often refer to phrases that they used to coach their contestants on posing and feeling comfortable. It works, and many of my clients know exactly what I mean when I tell them to “smize with their eyes!”

A Love Affair with Fashion

For the life of me, I cannot tell you when but I fell in love with fashion early on as well. Maybe it had something to do with my love of reading and imagining flowy gowns and heroines. I could also blame my parents for watching too many westerns growing up, too, with the Victorian ladies wearing bustled dresses. I can’t pinpoint it like I can other aspects of influence in my work, but at some point, it stuck.

When I discovered ANTM, the love affair with fashion took on an entirely new perspective in my life. Watching the show brought awareness to my consciousness of looking for clothing and beauty ads when I went out to town or watched tv.

Don’t be surprised if you find me in the checkout line in a supermarket flipping through a magazine.

The more I consumed this fascinating world, the more I wanted to create my own visions. At the time, I knew I was not ready but looking at fashion gave me the nudge to begin experimenting.

They say curiosity killed the cat, but for me, curiosity swallowed the cat into a new world and career!

Here is another “Sabrina Truth” for a moment; it has taken me a LONG time to find my tribe. Why? Because believe it or not, I am shy as well as the other stuff I talked about in my other post about secrets.

I might as well admit it; I get intimidated and talk myself down in my head. However, you do not get that option when you make friends with the owner of Fab Flawless Hair | Makeup | Esthetics because Sheri does not allow you to be shy, LOL.

Nope, she drags me out to meet people, and even if I am uncomfortable, she just pulls me by the arm and places me in front of those she thinks I should meet.

That is how I met Jon of Jon Pierce Fashions, who is an up-and-coming designer in Greenville, SC. I have known Jon for a while, but we hadn’t collaborated on anything except for a wedding shoot in 2018. Sheri kept telling me that we needed to sit down together one evening and really chat. She was convinced we would hit it off, so she arranged that sit down earlier this year.

When it happened, ROFL, it was like two worlds colliding, and a new universe exploded. We couldn’t talk fast enough, and the ideas were coming from everywhere. Sheri just sat back and laughed at us.

It was that evening that I realized how important it is to spend time with other creative people. I didn’t have the opportunity growing up because I didn’t understand that I was a creative heart.

Being creative and meeting other creatives opens you up to new ideas. We feed off each other’s energy, and it takes on a new life!

Needless to say, after our rapturous babblings, we had started discussing a photo shoot for the near future. One you have already seen because I featured it in my Valentine’s Day post a few months ago. Jon made the gown for our model and his dear friend Ekaterina Nechayeva, otherwise known as Katya.

Katya is a principal ballerina for the Moscow State Academic Theatre of Classical Ballet, so when I say it was an honor to photograph her, I mean it!

The beauty of working with Katya is that she really understands her body and how to move it. Not everyone is as aware of their movements as a dancer. I didn’t have to coach her. All I had to do was simply watch her movements and make minor adjustments. It was a thrill to work with her, and I have been dying to get these images out for some time, but I wanted them to be the best I could deliver.

Jon made two outfits for the shoot that you have been viewing in this post, and of course, Sheri came along and helped us out with hair and makeup. On our second day of shooting, Cierra joined us for hair as well.

We didn’t pay attention to sunset too much on this day, and it slipped away quickly because it was still winter. Katya was a trooper even though it was chilly.  Thankfully, I have perfected how to shoot at nearly any time of day or night, and these images would make my mentor proud!

I knew they were glorious on the back of the camera. Still, when I applied my signature Van Gogh coloring, a surreal yet classic cinema look appeared. I know Jon could hear me squealing with delight all the way down the mountain in Greenville when I was in post-production.

I can’t wait to see what we create together soon. We are already working on a new concept, and he has sent me pictures of the fabrics! I’m excited, are you?

Sabrina is a photographer for anyone who is getting married, looking for individual or family portraits, or for those who just enjoy creativity.

Through her love of the romantic and impressionist eras of art, musings of her beloved home in the mountains of western North Carolina, and book-nerdy ways, she’s here to inspire your creativity and photograph you and those you love—while making it all feel like a breeze.

And when she’s not photographing people, you can find her indulging in journaling, reading traditional fairy and folktales, or spending time with her family and her pampered dog, Pixel. 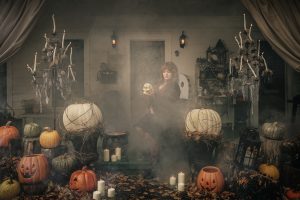 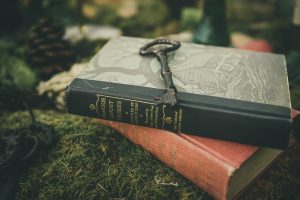